In 1998,  Paolo Ghislandi decided to change his life, leaving the frenetic Milan lifestyle to find a place where he could create and live in a holistic environment.  He wanted to grow vines and produce unique wines, so he moved to Colli Tortonesi, Southern Piedmont. Paolo bought land that was largely wild, with only 1 hectare planted.  Slowly he cleared a portion of his land to grow his vineyards. He planted the autochthonous grapes varietals Barbera, Timorasso, Albarossa, and continues to farm them organically with a focus on maintaining their wild surroundings to encourage biodiversity.  The soil is mainly clay and limestone, with some chalk presence.  In 2018, his son joined him at the estate, bringing a renewed dedication to experimentation as evidenced by their new Pet-Nat of Barbera.
​
Paolo is a self proclaimed 'natural producer.'  He ferments with indigenous yeasts and only uses the minimal amount of sulfur.  He relies on long aging in tank, barrel, or amphora to stabilize the wines, eschewing fining or filtration.
​
icarpini.it 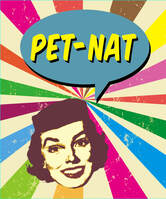 Pet-Nat, Vino Rosato Frizzante
100% Barbera from younger vines, harvested early.  Maceration for a few hours in the press, before fermentation begins in stainless steel.  At the appropriate sugar levels, the wine is bottled while fermenting.  It is released without disgorgement and with only minimal sulfur.

Rugiada del Mattino, Colli Tortonesi DOC
100% Timorasso planted in 2000 in a vineyard named after Paolo's third daughter, Eleonara. The vineyard is at 360-370m with a North/North-East exposure. The wine ferments on the skins for 2 days and ages in stainless steel for 12 months on the fine lees. After bottling, the wine ages a further 6 months in bottle before release. Unfined/unfiltered.

Sette Zolle, Colli Tortonesi DOC
100% Barbera planted in 1999 in a vineyard named after Paolo's father, Vittorio. The vineyard is at 380-400m with an East/North-East exposure. The wine ferments on skins for 15 days, before being pressed and returned to tank to age with fine lees for 18 months.  Taken off the lees, the wine ages a further 12 months for a total of 30 months in tank, followed by 24 months in bottle. Unfined/unfiltered.